Seafood exports in 2015 are expected to increase slightly from last year to top 8 billion US Dollars, according to the Viet Nam Association of Seafood Exporters and Producers (VASEP). The country earned 7.9 billion US Dollars from seafood last year, a year-on-year increase of 18 per cent, with shrimp exports rising by nearly 28 per cent.

Speaking at a meeting in HCM City, Nguyen Hoai Nam, deputy general director of VASEP, said shrimp export this year would remain at around 4 billion US Dollars.

The US, the EU, Japan, and China are the main importers of Vietnamese shrimp.

Similarly, Pangasius exports are expected to remain unchanged at 1.77 billion US Dollars , he said.

Tuna exports are expected to increase by 5 per cent to 510 million US Dollars as the economies of the main tuna importing countries like the US and Japan recover, he added.

There are several free trade agreements Vietnam has signed or is negotiating — like the Trans-Pacific Partnership, Viet Nam-EU FTA, an FTA with the Customs Union of Russia, Belarus and Kazakhstan — offer great prospects for seafood exports.

In addition, the Government’s recent decision to scrap the 5 per cent value added tax on animal feed would help seafood producers cut costs, he said

But according to the association, shrimp exports would continue to rise in the first half of the year since the industry in other countries like China and Thailand has not yet recovered from the early mortality syndrome (EMS) disease.

Delegates at the meeting urged the Government to strengthen quality management of the entire shrimp and Pangasius farming process — from brood stock and animal feed to processing — to improve quality.

To meet export orders, seafood processors and exporters bought raw seafood worth more than 1 billion US Dollars from other countries, a 44 per cent increase compared to 2013.

Businesses would continue to import shrimp, tuna and other saltwater fish this year to meet their export targets, Nam said, adding that such imports are forecast to go up by 20 per cent to 1.2 billion US Dollars 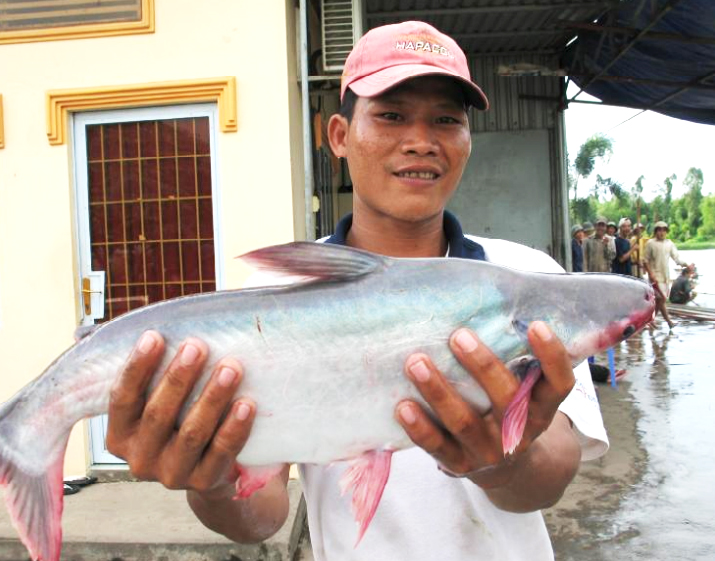